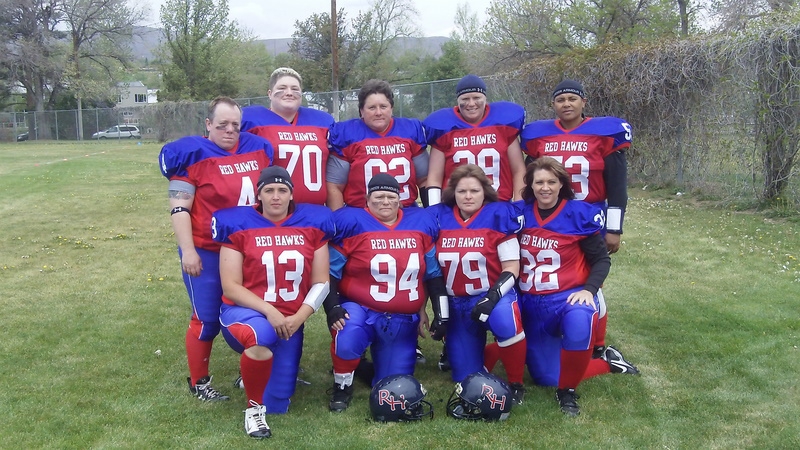 We don’t have the luxury of an 11-man team, with its roster size three times bigger than ours, because what many have been told is six-man is not real football. Tell that to the girls who play for the Red Hawks and they will tell you different.

Many of our players play offense, defense and must learn every position on the field. Every player is also eligible to receive the ball. They learn the true meaning of Teamwork. These players don’t complain, they want to play; this is where they learn how to play the game of football and it’s okay to make mistakes. These players play to win, but they also play to learn.

The Nor Cal Red Hawks started their exhibition season in 2010, playing three games. 2011 was to be their Inaugural season in the Independent Women’s Football League, but the season was halted early due to injury. This is why conditioning is so important, not just with football, but for all sports; ankles and knees being at the top of the injury list.

Many of these injuries can be avoided with proper exercise. Each player must take the responsibility to goal themselves while they are not with their teammates during the off season. This is not a pick-up game sport. This is full contact football.

Must be at least 18 years old to Play & Provide Proof of Health Insurance.